Banking and Financial Law Nullity of Mortgages with IRPH

BBS Lawyers specialized in IRPH. & Nbsp;
We attend all your questions and offer you comprehensive and individualized advice to eliminate the IRPH clause and recover all your money.
Likewise, we also take care of advising you in the event that the IRPH clause is incorporated with other clauses (floor clause, late payment interest, undue commissions, mortgage expenses, etc.).

"BBS Abogados obtained the first Judgment in Catalonia declaring the nullity of an IRPH clause, on 03-16-2015, and one of the first in Spain."

From BBS Abogados, a firm specialized in Banking and Financial Law, with more than 25 years of experience in the sector, we have been defending the interests of consumers affected by the IRPH for many years, being the first firm in Catalonia to obtain a judgment declaring nullity. of an IRPH clause, before the Mercantile Court No. 7 of Barcelona, ​​on March 16, 2015, and one of the first in Spain.

What is the IRPH? | CJEU ruling | Second Prejudicial Question CJEU | How to know if my mortgage is referenced to the IRPH |
Steps to Claim |

The IRPH is the acronym for the Mortgage Loan Reference Index, that is, it is one of the indicators used by different financial entities to update the interest rate of their clients’ variable rate mortgages. Just as many mortgages are referenced to the Euribor, others are referenced to the IRPH, which has turned out to be much more expensive and harmful for the consumer.

The IRPH can be presented in four modalities, IRPH Savings Banks, IRPH Banks, IRPH Mint and IRPH Entities. However, since September 27, 2013, the only current IRPH index is the Entities, and the other three modalities disappeared with the entry into force of Law 14/2013 of September 27, to support entrepreneurs and their internationalization.

As a result of this law, in all those loans referenced to one of the disappeared indices, the substitute indices provided for in the loan are applied, and in most a FIXED IRPH is established that corresponds to the last value applied in the last revision.

“An easily manipulated and not very transparent index”

There are many conflicts that have been generated around the IRPH, and there are many Courts and Hearings that have considered that the IRPH is an interest rate that can be manipulated, abusive and that would have produced losses of thousands of euros in consumers and therefore they have declared it null.

Judgment of the Court of Justice of the European Union of March 3, 2020

In order to clarify the legal contradictions, a preliminary question was presented to the Court of Justice of the European Union (CJEU) to assess, among other things, the validity of the IRPH. Thus, on March 3, 2020, the CJEU issued its sentence.
Keys to the Judgment of the CJEU of March 3:

2) To consider that a consumer has been duly informed about the economic consequences of linking his mortgage to the IRPH, the bank must demonstrate:

The information offered to the consumer on the past evolution of such index (with graphs and tables).
The explanation to the consumer of its calculation formula.
That he made sure that the client was aware of the economic consequences that the index was going to bring him.

Most banks will NOT be able to prove it.

3) In relation to the consequences of the nullity of the IRPH clause.

The CJEU clarifies that the nullity of a clause entails its expulsion from the contract, and that means that, if the IRPH clause does not pass the transparency control, the loan will be without interest.
The Luxembourg Court has also declared that European law does not preclude the replacement of the IRPH by another legal index (such as the Euribor), PROVIDED THAT:
The contract cannot survive without interest (it would not be the case because a loan can be free)
In addition, that the nullity of the contract is detrimental to the consumer (that is, if the contract is declared void and the client is obliged to return the entire loan at once and this is detrimental to him, the judge could apply another index.)

Second Prejudicial Question before the CJEU

Although our position is that the Judgment of the CJEU of March 3, 2020 is clear, the IRPH is still not a peaceful issue in jurisprudence. Despite the fact that the majority of the courts are agreeing with the consumer for considering that the IRPH clause was incorporated into the mortgage in a non-transparent way, there are certain Provincial Courts that, against the criteria of the CJEU, are ruling in favor of the bank . This is a very serious matter since the decisions of the CJEU are BINDING and therefore the Spanish judges are obliged to follow them.

For this reason, the same judge who raised the first question for a preliminary ruling has again asked the CJEU about the scope of the IRPH’s transparency control. From BBS Abogados, we are awaiting the latest news in this regard and we will keep you informed through our usual communication channels and the specialized blog on IRPH.

How can I know if my mortgage is referenced to the IRPH?

A very frequent question of the clients who come to our office is if their mortgage is referenced to the IRPH. It is not a strange question, since the truth is that it is not easy to identify the IRPH index in a mortgage loan. However, there are some tricks that can make it easier to identify:

Clause 3 bis of the mortgage: in mortgage loan deeds, Clause 3 bis is usually the one relating to variable interest and, therefore, where the benchmark applied to the mortgage must be stated. We warn you in advance that you will not see the initials “IRPH” anywhere, but what you will find is a wording that will say something like this: “average rate of mortgage loans over three years for the acquisition of free housing, granted by the group of savings banks (or banks, as the case may be) “
Mortgage receipts: check the latest mortgage receipts and check if the interest that is being applied is higher than the last value of the Euribor plus the agreed differential. If your interest is higher than 3%, surely your mortgage is referenced to the IRPH, or has a floor clause

Steps to claim an IRPH Clause

First, we arrange a first visit with the client to review the documentation and thus be able to evaluate their case. It is very important that in this first meeting they bring the mortgage loan deed (not the sale) and, as far as possible, the amortization and interest table. If you don’t know how to get it, you can contact us and we will explain how.
It is also very important to carry out an economic calculation of the damage derived from the IRPH clause, not only so that the client knows the impairment suffered, but because it will be necessary to provide it with the claim. At BBS Abogados, we have been collaborating for years with an expert in mathematical economics who is in charge of preparing it.
Likewise, we advise making an extrajudicial claim to the bank, in order to reach an agreement that benefits our client and thus saves going to court.
If the out-of-court claim is unsuccessful, we initiate a legal proceeding, that is, we file a lawsuit against the bank to get the IRPH clause declared invalid and the amounts paid overpaid from the loan signing are returned to the client. legal interests and procedural costs.

You can contact us by writing to bbsabogados@bbsabogados.com or by calling 93 760 53 77 or sending a WhatsApp.

News Nullity of Mortgages with IRPH 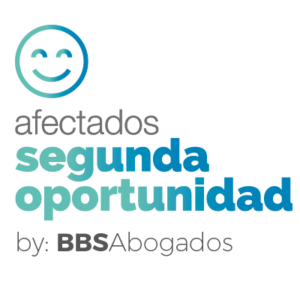